Well would you believe it, we have a very late entry for this series, as another video that fits all the criteria was uploaded only a day or two ago. So let’s go to the Carlton region (no, come back, it’s worth reading) on 25 December 1997 (a Thursday), courtesy of “Coldclough” on YouTube. There’s plenty of adverts and continuity worth reviewing here, and as ever here are the highlights. 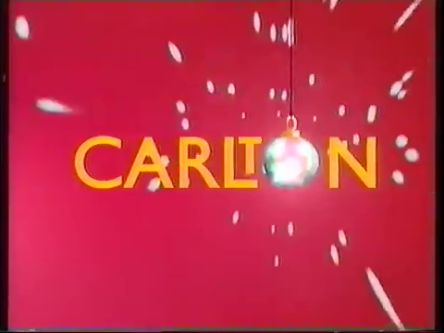 The first breaks are during the evening premiere of Home Alone 2, and once again, there are plenty of sale adverts. Among them are Allders, Harveys, and DFS (just before their advert appeared in every break on Christmas Day). The highlight of them all has to be the one for Courts with Bruce Forsyth, informing us of their great savings, so be there on Boxing Day, it’ll be a cracker.

Among the few non-sale adverts are SpiceWorld: The Movie. I saw this once, and I still don’t think I’ve ever recovered. There is also an advert for M & M’s that is still being shown on TV this year, and it’s now so old it’s been cropped and looks all blurry and horrible, and also plenty of fancy adverts for Daewoo. The film (which was sponsored by a bag of Doritos) then comes to an end.

There is then a promotion for a competition. If you want more information you can look on Teletext, and it ends with the ITV symbol rather awkwardly turned into a Christmas tree. It also features a website address, which looks a little odd alongside a symbol that was introduced in 1989, which makes you realise how long it was used for (it was finally retired from the screen a year later in 1998).

Then there’s a trail for entertainment coming to Carlton in 1998, including The Brit Awards, and, er, Babewatch. The time is almost 9:45pm and Starting Blocks is next. Then there’s a trail for what is coming later tonight, followed by a nice Christmas Carlton ident (these were also used in 1996 and 1998), which featured things such as the “O” turning into a bauble or a snowman. 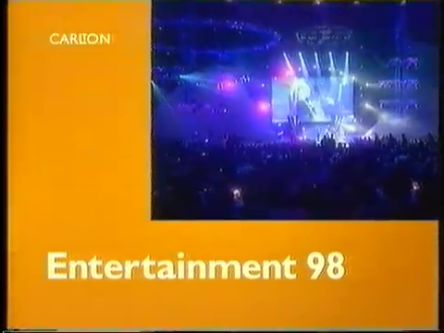 Starting Blocks (sponsored by Panasonic) was a one-off show looking back at sportspeople before they were famous that was hosted by Chris Tarrant. There are then even more sale adverts, including one for Uno with the guy off Auf Wiedersehen, Pet (I thought he would’ve preferred to be on Tyne Tees!). Then there’s a trail for McCallum, and next is The Bare Necessities.

There is also a promotion for Christmas Line (still featuring the reindeer character as late as this), supported by Carlton, LWT (Carlton had better relations with LWT than Thames did), and Capital Gold (instead of Capital FM), which is voiced by Chris Tarrant (is this the best work that he could get in the year before Who Wants To Be A Millionaire?). Then there’s a trail for a terrible-looking drama on New Year’s Eve, before another Carlton ident going into comedy-drama (and what appears to be a knock-off of The Full Monty) The Bear Necessities, at which point the video ends.

I’ll be back with a review of the year soon. Until then… Happy Christmas!