Originally I wasn’t going to do a blog piece reviewing Top Of The Pops because its story is well known, but as I am a long-time fan of the show, I planned to have a look back at various episodes instead, but I only got as far as reviewing one from 1989. After a few requests, I thought that I might as well do a full review, it will be in two parts, and I’ll share a few facts along with some of my own memories along the way. Although Top Of The Pops launched in January 1964, I’ll begin the story in the early-80s…

1981-1986. This era is actually before my time, but I have now seen plenty of editions thanks to repeat runs. One thing that constantly seems to be said by music magazines including Classic Pop is that the peak era for British pop music was the early-80s, roughly 1981-1984, when we were spoilt with great songs from distinctive bands, and as a consequence many people feel that this was the best era of the show. 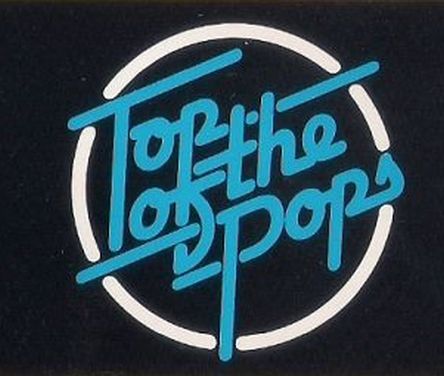 And I must admit that I can see why people feel that way. There was a party atmosphere introduced to the studio, with balloons everywhere and so on, and people really did seem to behaving a good time in the company of these pop stars. “Yellow Pearl” was the new theme, but the symbol that had been around since 1973 remained, it’s probably the best of the lot, and the flashing pink and blue neon Top Of The Pops sign is one of my favourite things about the show. 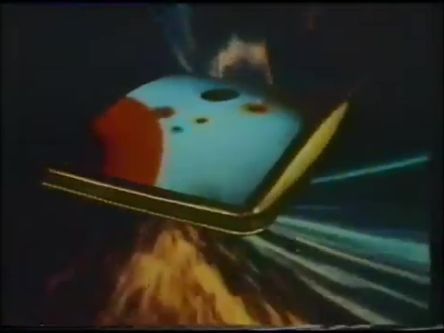 In 1983 the 1,000th edition was celebrated. It was also around this time that the dance troupes such as Legs And Co. and Zoo were phased out as music videos became more commonplace. People always seem to suggest that the 1984 Christmas special was the best edition of them all, and I very much doubt that music went bad overnight when the calendar turned over to 1985, but the show had to adapt to the constantly changing music scene, and such was the rapid evolution you definitely couldn’t confuse a song from the early-80s with a song from the late-80s!

Top Of The Pops at this time was usually shown on Thursday evenings. As for the presenters, Pat Sharp was briefly on the lineup in some of his earliest TV appearances, and from the comments that I have seen online, the best-received presenting double act from this era was that of David Jensen and John Peel who entertainingly moved the show along with their witty comments. 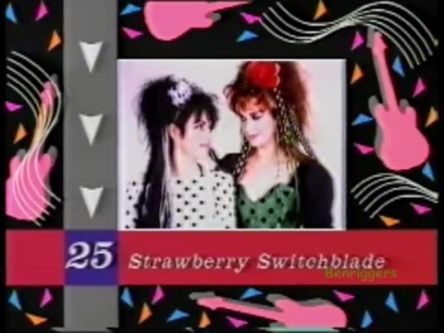 1986-1988. In April 1986 there was a new look introduced, coincidentally the same month that The Chart Show launched on Channel 4. It included the first computer-generated opening sequence with exploding saxophones, cassettes flying everywhere, and Top Of The Pops in barely decipherable letters. There was another new theme, “The Wizard”, which is my favourite out of all of them.

This is also the first era of the show that I can remember. This is because my sister is nine years older than me, and by this time she was in her early-teens and really into all the big pop groups of the time, so even though I was very young I was familiar with such names as A-Ha, Bros, Curiosity Killed The Cat and so on. What great times. I used to swing my pants to these! 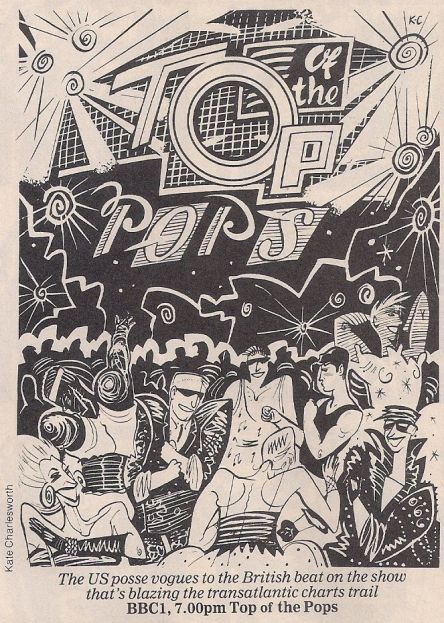 It might not have felt so much of a party any more, but there were still plenty of flashing neon lights, pop stars, and music videos. I also remember around this time the hour-long Christmas specials that would usually be shown at 2pm. Presenters in this era included Simon Mayo and the young, free and single Gary Davies. In 1987 an American version was launched (that I reviewed a while back), but it ended in 1988.

1989-1991. In January 1989 there was another new look in time for the 25th anniversary (again coincidentally in the same month that The Chart Show relaunched when it moved from Channel 4 to ITV). “The Wizard” was retained as the theme, and Top Of The Pops was spelled out in even more unintelligible lettering, as if such a thing was possible. A few children’s TV presenters were added to the lineup including Andy Crane and Anthea Turner. 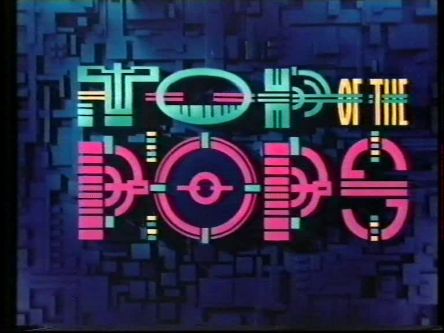 Changes began to be made in this era. By 1991 the Top 40 countdown was reduced to only featuring new entries and songs that went up, before being dropped altogether. I did like the silly graphics that floated around the screen though. The neon lights were still around, but everything started to feel like it was in a timewarp, as if the show was stuck in the 80s. More change was to come.