Here’s another idea for a blog piece that came to me rather late at night when I was watching some videos on YouTube. I’m always on the lookout for curious or interesting videos featuring adverts and trails where I try and work out what on earth is happening, and I usually only watch ones from the UK, Ireland, and USA, but I recently ended up watching some videos from the early days of satellite television in the 80s.

Sky and its group of channels as we now know them launched in February 1989, but the name had been around as early as 1982, and the Sky Channel as it used to be known was a combination of various music shows, sport, imported sitcoms, and so on, and these were shown across Europe at a time when there couldn’t have been a huge market for such a thing. I thought that I would pick out a few highlights from some of the videos that I watched on YouTube that are from around the 1988 mark. 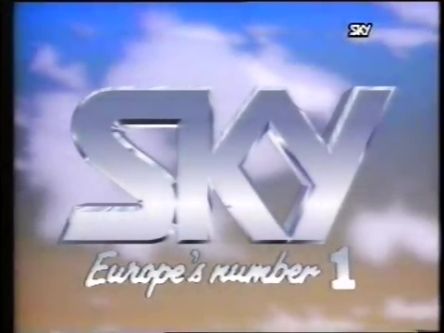 5 August 1988. This one includes coverage of Philips Cup Football. I was surprised by how much sport was featured, and this is long before the launch of the Sky Sports Premier League channel. This is not a tournament that I am familiar with, but it features Everton v Italian club Torino in Switzerland. I know that English clubs didn’t take part in Europe at this time, so a few extra competitions were introduced to fill the gap such as the Screensport Super Cup (named after another long-gone satellite channel), I presume that because this is from early-August it’s a pre-season friendly? 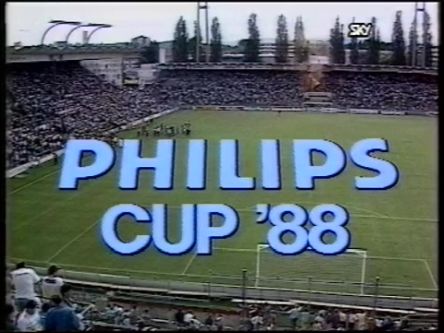 Then it’s time for the Sky Weather Report, sponsored by Uniroyal tyres. Programmes being sponsored, whatever will they think of next. Then there are a few adverts, including “Hit News”, a music compilation from K-Tel featuring Orfa Haza, Eddy Grant, and Natalie Cole. There is also a rather good advert for Kodak which was rather arty and creative, featuring lots of blues, greens, and reds, it certainly caught my eye. 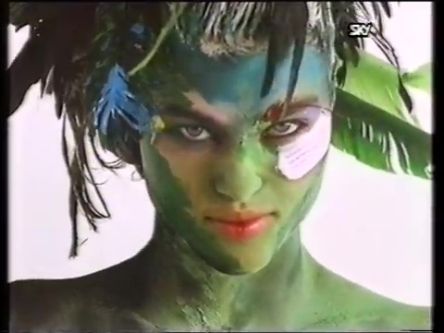 Then there are some more trails, including one for the 1988 US PGA golf tournament (it seemed that every other trail on Sky at the time was voiced by Tommy Vance). And then we have some Headline News that is sponsored by The Times and hosted by Aernout Van Lynden and his moustache. This is essentially Sky News before the existence of Sky News, only it’s clearly being done on a much smaller scale. 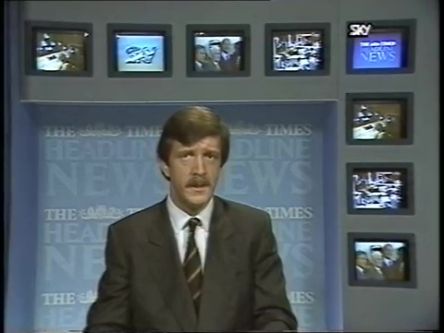 14 June 1988. This one features trails for old American sitcoms, adverts for cereals in foreign languages, and what seems to be a Public Service Announcement with Tony Blackburn in a tracksuit accompanied by some funky music. 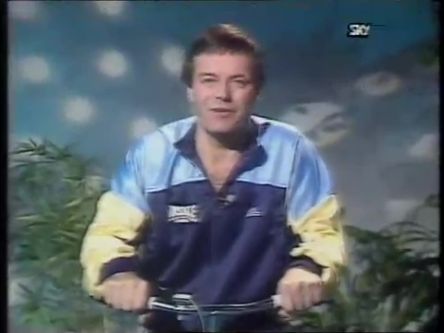 26 April 1988. This one features more trails for old American comedy, and also a rather bad infomerical (is there any other type). There’s also a promotion telling us that Sky now reaches over ten million homes in 19 countries across Europe, some dubbed adverts, and the thrills of the Sky Bondstec Roadshow! There is also a trail for wrestling which has been shown on Sky for many years, and we conclude with a lot of Sky presenters celebrating the channel’s sixth anniversary, including Tony Blackburn, Pat Sharp, and of course children’s TV star DJ Kat. 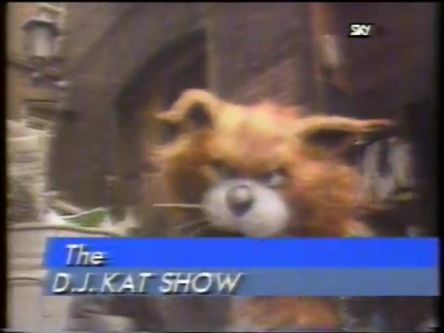 This all leads on to a rather interesting show from Sky in the 80s called Sky Trax, a music show which only seemed to be shown when they had got bored with showing the in-vision Teletext service rather late at night. Most editions seemed to be hosted by Pat Sharp and his epic hairstyle (long before Fun House) from a cupboard in London, along with Gary Davies (who was seemingly doing some moonlighting from BBC Radio 1). 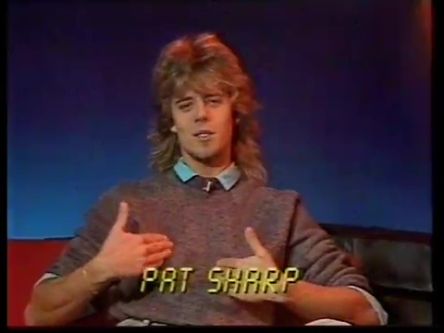 Lots of bands from across Europe were featured performing their latest songs, and there were also plenty of music videos and interviews, but I doubt that it gave the production team of Top Of The Pops much to panic about, especially as there were probably about three people watching. However, it does seem to be a decent pop music archive from over 30 years ago that is worth tapping into again. 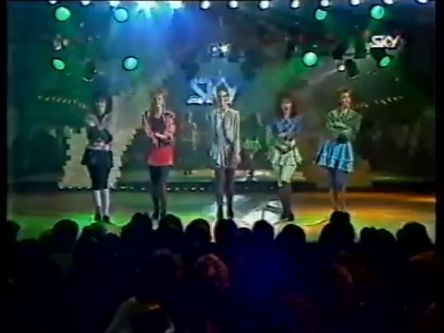