Harry Enfield first came on to the British TV comedy scene in the mid-80s. By 1990 he was successful enough with viewers to have his own BBC2 sketch show Harry Enfield’s Television Programme, which in 1994 moved to BBC1 and was renamed Harry Enfield And Chums. I am rather fond of both of these shows, but neither of them have been released on DVD, however I do plan to review them soon.

In 2000 Sky One decided to commission more original comedy programming, including the sitcom The Strangerers. Showing some ambition, they decided to poach Enfield from the BBC to star in a new sketch show. Naturally Sky were pleased with their big-name signing, and after much publicity Harry Enfield’s Brand Spanking New Show launched on the same day as Al Murray’s sitcom Time Gentlemen Please. 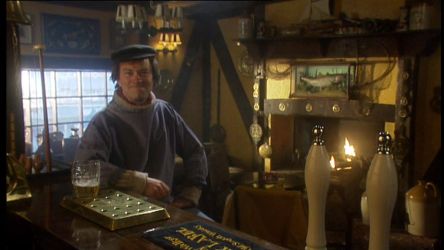 Enfield is someone who has always left behind his most popular characters, not wishing to play them to the point where they are past-it, so for this show a whole new range were created. Some of the most memorable characters included the Cornish Ladies Man, who was always telling his risque stories, the pharmacist who was rather indiscreet when dealing with people, Strange Bob, the TV presenter prone to unusual outbursts, and Chris Great, the rather big-headed radio presenter who liked bossing his staff around but most certainly wasn’t based on Chris Evans, oh no. 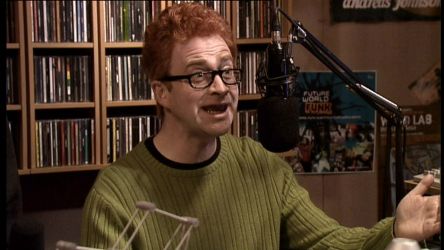 There were no other main cast members as such, but a few other people did occasionally help out Enfield in the sketches, including Gwyneth Strong, Simon Greenall, and Sally Bretton who is better known nowadays for appearing in BBC1 sitcom Not Going Out. Harry Enfield’s Brand Spanking New Show ran for 12 editions in one series, plus a behind the scenes special.

Most editions ended with some outtakes from the show, showing Enfield taking the opportunity to employ a rather more crude sense of humour than in his previous shows, but this ended up being rather awkward as most of these were funnier than the actual sketches. The show received rather average reviews, and Enfield later admitted that there wasn’t a huge amount of time available to put the shows together, and that it wasn’t exactly the peak of his career. 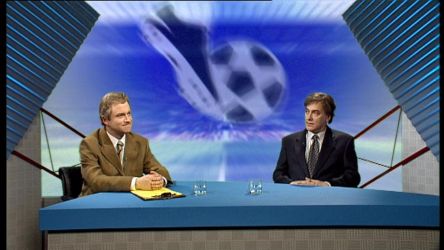 The show has been released on DVD (as Harry Enfield’s Brand Spanking New Video), but curiously it runs to only 90 minutes, the equivalent of about three editions, meaning that plenty of sketches are missing (a few outtakes also feature). However, Enfield would later return to the BBC and team up with his old mate Paul Whitehouse again to create yet another new range of characters for a comedy show that pleasingly fared much better.