Here’s a look at another game show that started out in America before it came to the UK where it ended up being much more successful. Every Second Counts was hosted by Bill Rafferty, who around the same time was hosting the revival of the original version of Blockbusters. The gameplay was just about the same as the UK version, although there were some notable differences.

Three married couples took part. In this version, the women always played the first part of the game, with the men taking over for part two. Questions were asked that had two possible answers. Get it right and you earn two seconds of time. Get it wrong, and you’re frozen out for the rest of the round. Some of the questions were rather quirky, for example “is this the name of a deodorant brand of a film starring Burt Reynolds”?, and there were some rather funny moments.

Three rounds were played (there was no bonus round where up to ten seconds were on offer for a correct answer in this version). Then the teams changed their places, and every correct answer was now worth four seconds of time. Another change in this version was that Bill had a female co-host who helped him out. After three more rounds, the couple that had the most time went into the final. 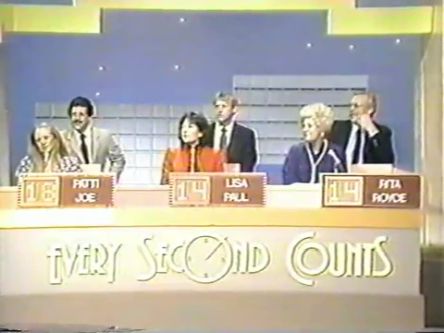 This was just about the same as the British version. This time, the finalists had a choice of two categories, and then they were given questions that had one of three possible answers. They had to give four correct answers for the first level prize, then five, six, and finally seven within the time that they had to win the star prize of a car (and unlike the UK version it was made clear that the contestants won the prize at every level!). 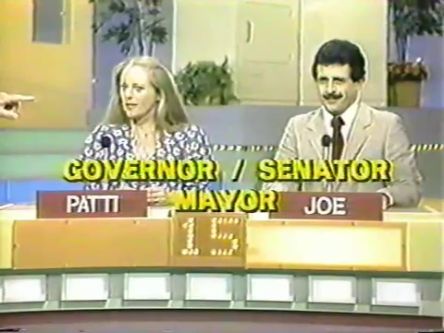 This meant that there were some rather exciting close finishes, and some couples won a lot of prizes. However, if it was clear that by the point they got to the final question they didn’t have enough time remaining to give seven correct answers, they received the consolation of $100 for every correct answer that they did get (oddly, the consolation prizes that contestants received on the UK version featured the Every Second Counts logo for the American version, maybe they had some left over). 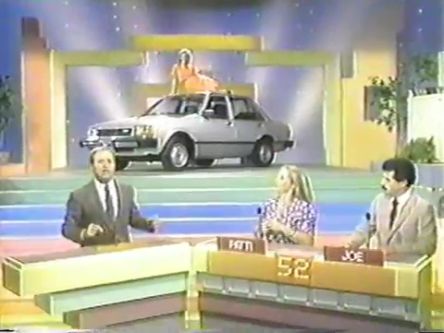 It is something of a surprise to learn that the original version of Every Second Counts barely lasted a year on American TV, it ran for almost eight years in the UK and it did very well, being popular enough for there to be board games and computer games released, although I didn’t have any of those myself. Once again, it was good to discover where it all began.