This is the show where celebrities take part and try to get the minor things that irritate them in life banished to “Room 101”, and they have to argue that the world will be a better place without their choices, which ranged from the straightforward to the strange. There have been four different versions of this format, the first being on BBC Radio 5 in 1992 which was hosted by Nick Hancock, but I don’t remember ever listening to it.

But because it was a success, in 1994 it transferred to BBC2 where it was still hosted by Hancock (about a year before he went on to host BBC1’s They Think It’s All Over). Mostly comedians took part, with the guest on the very first TV edition being Bob Monkhouse. In each edition the guest made six or seven choices of items that they didn’t like and then gave their explanation for why they had to go. Whether they actually went into Room 101 or not was entirely the decision of the host (although they did occasionally consult the studio audience on tricky ones). 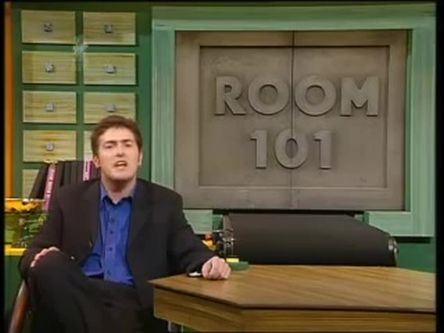 If they were successful, the entrance to Room 101 would open, and we would see the item go along a conveyor belt and disappear. If a guest got the majority of their choices in, they could choose a bonus one to put in too. Any rejected items they would have to take home with them, but on a few occasions a guest managed to get all their choices in. Every edition would also end with a rather cheesy song from the archive that had long since been banished. I would have to say that this was my favourite version of the format. 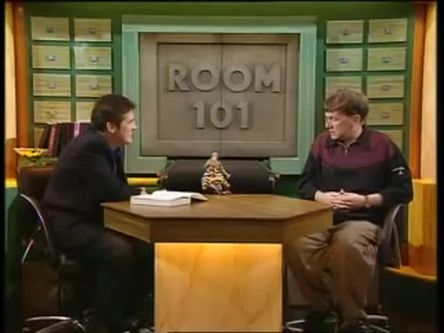 After Hancock left in 1997, there was a brief break, and Room 101 was then revived in 1999 with Paul Merton as the new host. The only real variation in this version was that there was a different set design, and Merton would pull a lever to open a trapdoor and banish items. There were lots more series made, and this version carried on until 2007, but it doesn’t end there. 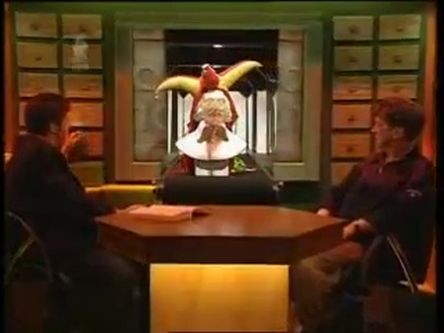 After a break of five years, Room 101 was revived again, this time on BBC1, and with another new host who was Frank Skinner. This time there was a different format as it had been turned into a comedy panel game, as now every week three guests took part, all trying to beat one another to get their choices in, leaving Frank with a lot of tough decisions.

Room 101 is still a popular show and earlier in the year the 18th series came to an end. It is regularly repeated on channels including Dave (also including some extended versions called Extra Storage and best-ofs also featuring previously unseen material), although they only ever seem to show the Skinner version, it would be good to see some editions from the 90s again.