Here’s another original American version of a game show that was more successful in the UK. Strike It Rich began in 1986 (featuring a similar diamond symbol to the UK version), and it was hosted by Joe Garagiola. I managed to find some editions on YouTube, and I noticed that there were some differences in the rules, although the basic idea of the game was the same.

Strike It Rich seemed to be played on a slightly smaller scale than the UK version, presumably because it was in a shorter timeslot. Firstly, two teams of two took part instead of three, and there were nine screens used in the game instead of ten. Also, when teams have to answer questions to gain moves, they have five options to choose from instead of six, and they can play for one, two or three moves, instead of two, three or four.

Another difference is that the teams play the game together, there isn’t one answering the questions, and one pressing the screens. Once they press the button, the prize is revealed and they can decide whether to bank it or risk pressing the next screen, because they lose their unbanked prizes if they find a screen featuring a character called “The Bandit”, which was changed in the UK version to a Hot Spot.

At the final screen, the team has to answer a question correctly. If they do, they make the final, which again, was slightly different. Because there were only two rows of screens, they only had to decide whether they wanted to pick the top screen or the bottom one. One contestant stands on the top row, and the other on the bottom, and after making their choice, they press the screen to reveal the randomly selected result.

If they reveal a dollar sign, they win some money and move on to the next screen, but if they reveal a Bandit they don’t win anything. If they can find more dollar signs than Bandits they can win a bonus prize too, and they can also return for the next edition as reigning champions. In this version there was a lot more money on offer, and prizes such as cars were on offer. 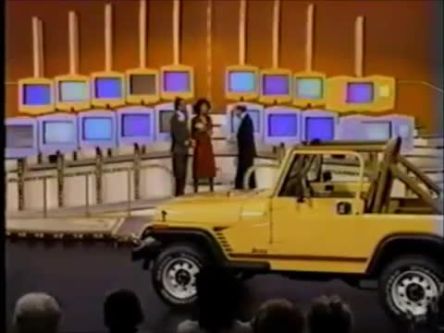 Strike It Rich was a syndicated show which was only on TV in America for about a year and it didn’t really catch on, it was much more popular in the UK where as both Strike It Lucky and Strike It Rich it ran for about 13 years, where it was helped along by Michael Barrymore who was always an enthusiastic presenter, along with some entertaining contestants, and the amount of comedy on the show was increased too, and it would go on to become one of my favourite game shows of that era.