There were four eras of The Generation Game, although I’m not old enough to remember the first two. The first era was hosted by Bruce Forsyth, and then in 1978 he was replaced for the second era by Larry Grayson, who hopefully would remember his glasses. For the third era, the very popular show returned to the screen in 1990 after an eight-year absence, and Brucie made a triumphant return as host, and it was always nice to see him. 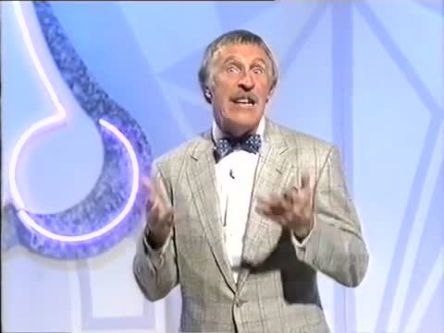 Two teams of two took part, made of people from a different generation in their family, and Bruce always enjoyed talking to them. They were then challenged to do various things, as demonstrated at first by an expert, although it would become clear rather quickly that some of the contestants didn’t have much skill in what they were being tested on. The contestants also didn’t know what the games would be in advance. After they are done, the expert then comes back on and rates how well they did with a score out of ten. Two games are played, and the team with the highest score goes through to the final, and the losers take away some consolation prizes. 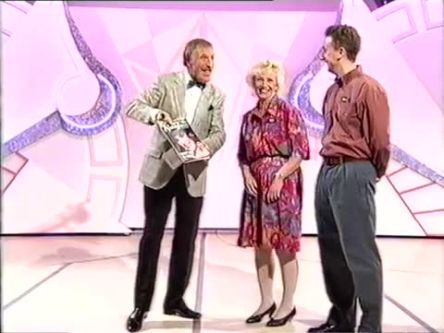 This is then done again with two more teams, with again the winning team going through after the scores are announced when Bruce asks his assistant “what’s on the board, Miss Ford?”. The two remaining teams then take part in the final, and this is usually a spectacular piece such as having to take part in a dance routine or even a pantomime. Again, the highest-scoring team progresses, and they now have the chance to play for some prizes. 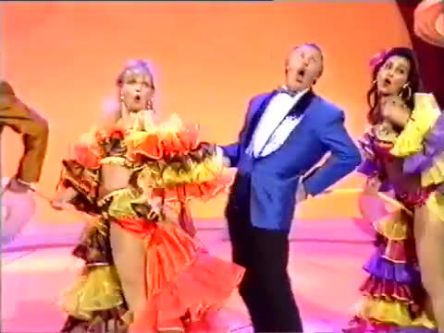 This time the remaining team would watch a conveyor belt which had various prizes go along on it, and then they had 40 seconds (20 seconds each) to remember as many of the prizes as they could, winning each one that they said. Ooh, didn’t they do well! At the end, all the prizes they won were revealed, and there were also a couple of Brucie bonuses on offer such as a holiday. 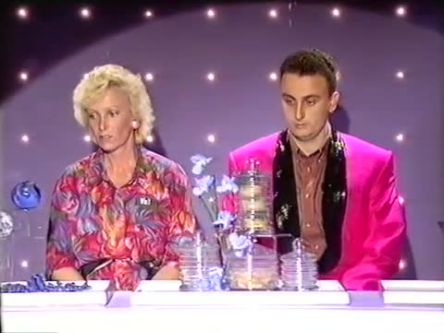 This era of the show was for me really enjoyable, and it provided terrific Friday and Saturday night entertainment very regularly throughout the early-90s, The Generation Game is definitely Bruce at his best. After Bruce left the show for a second time, in 1995 Jim Davidson became the new host. In his first series, there was a change where the studio audience would now vote on how well they thought the teams did and that would determine their score, although I think they soon changed it back. The conveyor belt round was also changed so that if a team could recall 15 of the 20 prizes shown in time, they won the lot. 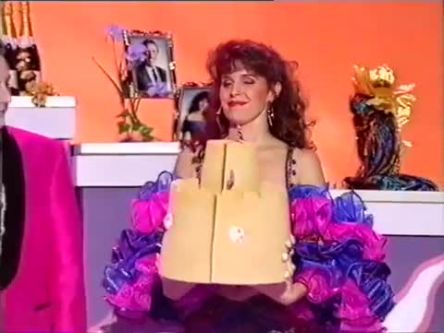 In the later series though, The Generation Game became increasingly silly, and the actual games seemed to take second place to various pranks and sketches that would take place as if they were trying to fill the gap that was left by the ending of Noel’s House Party. However, all of this fizzled out by 2002, by which point the show had started to look a little old-fashioned unfortunately, and it came to an end, although there have been a few one-off specials and retrospectives since, and the show is still held in high regard as entertaining fun.