After the classic Bob’s Full House ended, there were three more game shows which featured a similar bingo format. I’ve already looked at the first sequel, BBC1’s One To Win, and in the mid-90s ITV tried their own big money version too, which was hosted by Shane Richie, about five years before he landed his dream role of playing a barrowboy in EastEnders.

Lucky Numbers was unusual in that when an edition started, there were actually no contestants on the stage. This was because they would be selected at random by a special machine called RANDI (Randomly Acquired Numerical Digital Indicator). Every studio audience member was assigned a numbered ball at the start of the show and Shane would shout at them “show me your balls!”. Stop it at ‘ome.

RANDI would then spew out three balls, and if you had one of the numbers that came out, you would be invited to come on down and play the game. Shane would then meet the contestants and give them a name badge each and everyone was then ready to play. In the first round, they had to answer general knowledge questions on the buzzer to light their four corners, and the one who managed to do this won £500. Lucky Numbers also kept the “wallied” rule but that term wasn’t used in this version. 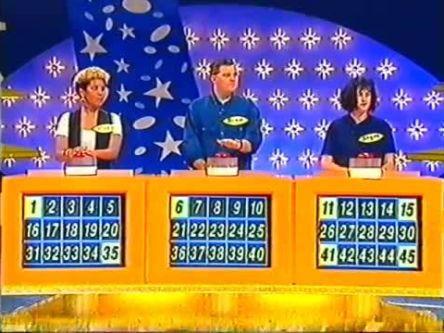 It was worth taking notice of what numbers were being lit though, because Lucky Numbers was one of the earliest shows that had a tie-in competition with a national newspaper, so when a contestant’s number was lit at random you had to check your gamecard, and if you got a full house as well as the contestants viewers could win a lot of money too. 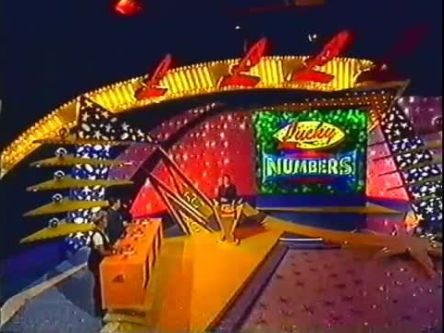 In the second round, contestants had to light their middle line. This time they had to choose questions from five categories which all had quirky names. For example, there was one called “Hunkomatic” and Shane would say “there must be one about me in here somewhere” every single time. Again, the contestant who did complete their middle line won £500. 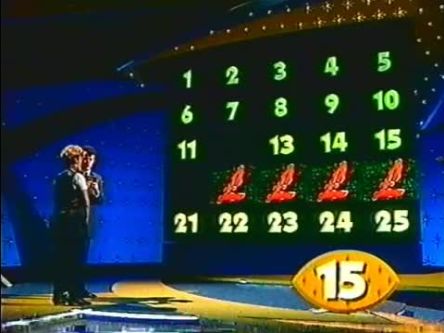 Now it is possible that if a contestant won all three rounds they would have £2,000. In the final they could gamble their money up to play for up to ten times what they have, meaning they could win a maximum of £20,000. Lucky Numbers would be very bold about this amount of money possibly being won on the show because after restrictions on prize money were relaxed in the mid-90s I think that was the maximum amount in cash that could be given away for a while so there really was a lot at stake.

There was a 5×5 grid and 45 seconds on the clock and contestants had to answer questions by picking numbers. If they got it wrong the route was blocked, but if they got it right it was lit. If they could get five in a row either horizontally, vertically or diagonally then they won the money which was all very exciting. Imagine that, they turned up to watch and they ended up as the winner. While Lucky Numbers was no Bob’s Full House it was still good fun and it brought this style of format into the 90s very well.