This was the long-running show which always featured an hour-long compilation of very amusing outtakes (or “cock-ups” as they came to be known) which was originally written and hosted by Denis Norden. One thing that was always great about It’ll Be Alright On The Night was the variety of clips that appeared, whether they featured sitcom actors forgetting their lines, game show hosts falling over, or pop stars being embarrassed, there were always guaranteed to be some very funny moments, and recently watching some old editions again brought back lots of good memories.

The show also featured clips from around the world, and it seems that a particularly rich source for cock-ups were local American news programmes from the 1970s which seemed to regularly feature as various presenters lost control of what was happening. Lots of famous faces featured throughout the years and Norden rather gamely featured in a few cock-ups himself to prove that we all make mistakes and we don’t all usually get it right on the first take… or even the sixth. 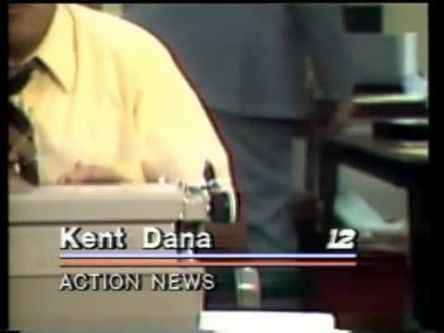 It’ll Be Alright On The Night became a hit on ITV very quickly partly because of the way it was scheduled. It was never shown as a regular series and only appeared as one-offs roughly every other year, so a new show always became an event and always did very well in the ratings. There were even some spin-offs including a best-of which was amusingly titled The Worst Of Alright On The Night, and there were also Christmas specials and anniversary specials, and some editions were still being repeated on ITV almost a decade after they were originally shown. The 9th edition in 1997 was rather appropriately hosted by Norden from Great Cockup in the Lake District.

As well as all this, there was also a Norden-hosted spin-off called The Laughter File which launched in 1991 and concentrated more on showing funny pranks and sketches as opposed to cock-ups and this became a success too, with frequent repeats and new editions always doing well. The success of It’ll Be Alright On The Night also saw several other outtake shows launched in more recent years such as the BBC’s equivalent Auntie’s Bloomers, plus also Outtake TV and TV’s Naughtiest Blunders.

Another significant thing about It’ll Be Alright On The Night was that it was very precise about numbering every show, and in 2006 Norden finally hung up his clipboard after the 20th edition in almost 30 years, plus 13 Laughter Files over 15 years. A couple of years later though the format was revived with Griff Rhys Jones as the new host introducing a whole new bunch of cock-ups.