At the start of 2007, the now long-gone digital channel FTN began a repeat run of various game shows including classic series of The Krypton Factor, beginning with the 1987 series (the second to feature the famous green and red “K” symbol, and the 11th overall) which was famously won by Marion Chanter, the only female contestant to become the United Kingdom Superperson. FTN also repeated the 1988-1992 series and unsurprisingly their ratings went up. What I didn’t realise though was that several specials were made too, including the 1983 celebrity special that I reviewed recently, and there was also an international special.

Over the years several versions of The Krypton Factor were made around the world, including a short run in America in the early-80s where it wasn’t very successful. However, in the late-80s versions in Australia and New Zealand did much better, so in March 1988 there was a special edition where the UK’s reigning champion Marian Chanter and series runner-up Alison Heath took on the series champions from the Australia and New Zealand versions which was hosted as ever by Gordon Burns. The overall winner of this special would win a trophy and could essentially call themselves The Krypton Factor champion of the universe. 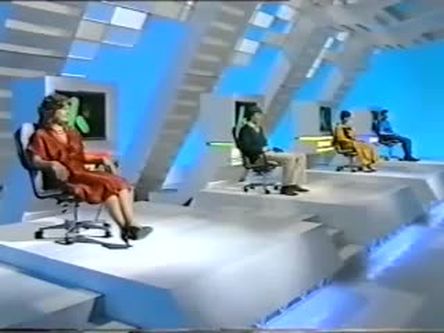 The format was similar to the regular series, only there were five rounds contested instead of six as there was no response round. The first round was the mental agility round, which was played in the style of a knockout round, with contestants having to memorise lists of increasing difficulty. The second round was observation, where the contestants had to watch a specially-made short film twice which was performed by the same cast who appeared in the 1987 series and then make a note of the five differences.

The third round was mental agility with the famous obstacle course. The British contestants would have had something of an advantage here as this would have been the fourth time that they had tackled the course, however the Australia and New Zealand contestants also had this round in their version which featured an equally tough course. Although it was close Marian Chanter wins this round once again and she didn’t even fall into a pool of smelly water on this occasion.

The fourth round is intelligence. Again the contestants have to complete a challenging puzzle. The final round is general knowledge, as ever answering questions on the buzzer against the clock. As it turns out the winner is Britain’s Alison Heath who receives the trophy, with Marian Chanter in second place. 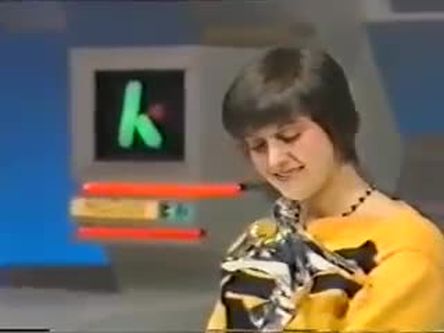 This was definitely an enjoyable variation on The Krypton Factor, and there were several special editions made alongside the regular series between 1978 and 1990. There was also a CITV version for child contestants called Young Krypton which was hosted by Ross King and ran for a couple of series from 1988-1989. Unfortunately as the revival came to a quick end in 2010 the only way we’ll be seeing The Krypton Factor back on our screens any time soon it seems is if Challenge extract some more classic series from the archive.