What was the first British game show to regularly give away a big value prize? Most people would think that it was Who Wants To Be A Millionaire, but it was actually Raise The Roof which launched three years earlier. Although it’s all but forgotten now, Raise The Roof was a high-profile Saturday night show which was among the first to take advantage of the lifting of restrictions of the value of prizes that could be given away and was hosted by Bob Holness.

Raise The Roof had six contestants taking part, all competing for the star prize of a house which usually had a value of around £100,000. The business of determining the winner was taken somewhat seriously, and the show could be seen to be trying to bring the game show into a new era in many ways, firstly with its computer-generated title sequence and set design, and somewhat pompous theme music. The show was also sponsored by the Daily Express. 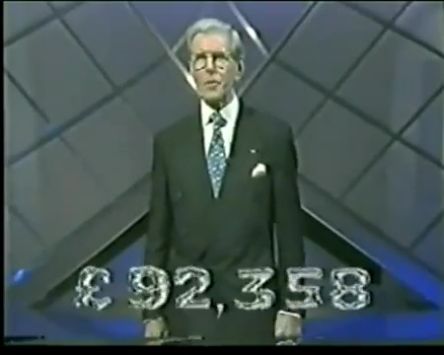 In the first round, the six contestants walk on to the stage to be asked questions by Bob. These were read off a computer tablet known as “ERIC”, essentially meaning that any question from thousands ready in the database could be picked at random to ask. This is commonplace on most game shows now but it was seen as pioneering in those days. 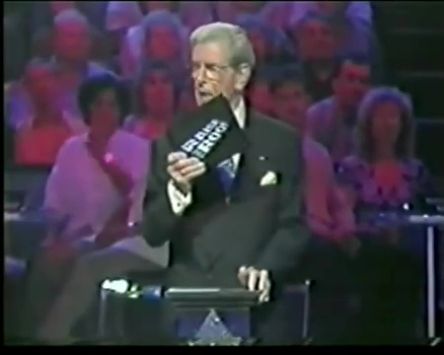 The six contestants are asked seven true-or-false statements, they determine whether they think the statement is true or false by pressing one of the two corresponding buttons. If they get it right they win an amount of money. If they get it wrong, they are “wiped out” and their score returns to zero. The three highest scorers go into the next round. An obvious flaw in this round which was noticed by viewers was that in theory you could get six of the seven answers right and still be eliminated. The contestants who get knocked out at this stage are given the consolation prize of a house-shaped teapot, or “Bob’s Bungalow” as he liked to call it. It seemed an oddly measly prize compared to what contestants were playing for. 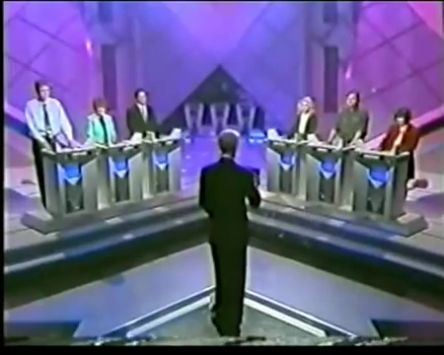 In round two the three remaining contestants are given £500. They then bid some money on the question. If they get it right, they win their bid, while the other two contestants have their bid taken away from their total. What will the contestants’ strategies be? The two highest-scoring contestants go into the next round, with again the loser being given a not-so coveted bungalow. 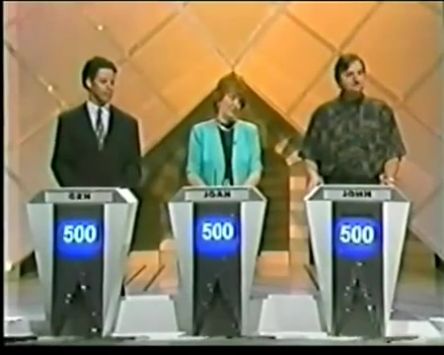 The third round is similar to round two, only this time the two remaining contestants are given £1,000 and again must place their bid on the questions. This is also done individually in isolation booths seemingly for no other reason than they can have a lot of dry ice on the stage and it supposedly makes the whole process more tense. The highest-scoring contestant goes into the final to play for the house. 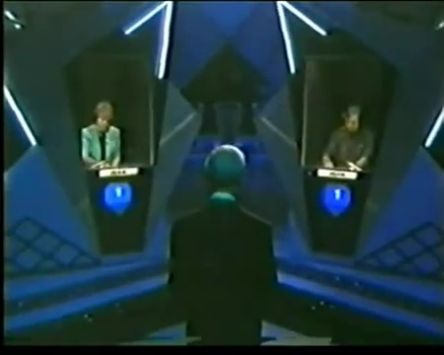 In the final, there are 54 categories to choose from. The contestant must pick five, which again the ERIC makes it easier for Bob to ask right away. They simply have to get four out of five questions right in 60 seconds to win the house. Again, the tension is supposedly increased here. If they get two wrong or run out of time, they only take away the money that they had won up to that point. 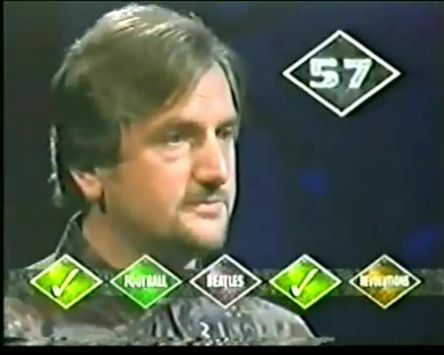 Despite all of this, Raise The Roof failed and was not a big success with viewers. There was nothing wrong with Bob Holness’s performance, and it was great seeing him host a primetime show after a decade’s service on Blockbusters. It seems that viewers just weren’t prepared to see such huge amounts of money put at risk in those days, and there wasn’t a lot of excitement in the show, it came across as very serious, the elimination process was rather complicated, we didn’t get to know the contestants very well, and the endgame was fairly slow-paced and uninspired. Also, the show was only half an hour. It could be have been better if it was maybe 45 minutes long. Again this is the norm now but would’ve been unusual then, even the first series of Who Wants To Be A Millionaire had only 30-minute long shows. Also, the show was produced by Action Time who had created a lot of memorable game shows, but this wasn’t one of them which is disappointing as Raise The Roof is a significant show in the history of British game shows.