In 1996, a got a video recorder for Christmas. Before this, I had to use the one in the front room if I ever wanted to record anything, but now I had one in my bedroom I decided to set the timer for all kinds of odd late night things to discover what they were like, and Football League Extra was one of those programmes. Live football coverage has long since gone to Sky, and highlights of Premier League matches now appear on Match Of The Day, while throughout the 90s highlights of the second, third and fourth tier matches (which were sponsored by Nationwide in the mid-90s) were shown on ITV.

Football League Extra at this point was hosted by Gabriel Clarke from a different ground every week, for example in the edition that I am reviewing he was at West Bromwich Albion’s ground The Hawthorns, and the theme music was “Little Britain” by Dreadzone. As I have said before, although I have never been good at playing sport myself, I have watched plenty of sport coverage over the years, and I particularly wanted to record a specific edition of Football League Extra when I heard about a remarkable incident which featured in one of the matches in January 1997.

There was a match in the second tier between Port Vale and QPR, were Port Vale were leading 4-1 with five minutes to go, but QPR ended up with a 4-4 draw! Well the commentators Peter Brackley and Jimmy Greaves couldn’t believe it! I believe that the 1996-97 season was the last time in most regions that a second tier match was shown live on Sundays. I also remember Peter Brackley commentating on Channel 4’s Football Italia at the time too. 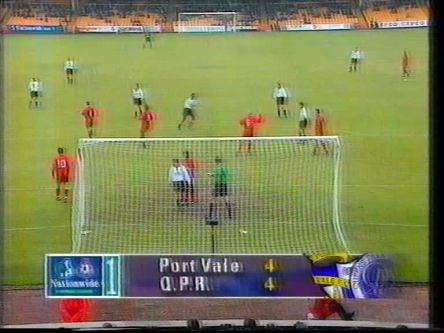 Football League Extra also featured various interviews with people in football and the latest news, and there was also a nostalgic feature, where highlights of a classic game from the archive were shown. The match in this edition was from April 1990 where Liverpool beat Chelsea (sponsored by Commodore in those days retro computer fans) which would send them on their way to their 18th (and currently final) league title. 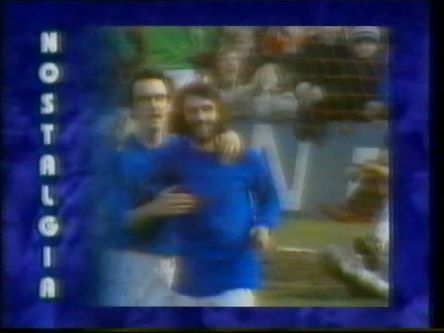 One thing that is interesting looking back at this show now is how much the fortunes of some clubs have changed over the years, with some clubs who were lower down the league at the time now in the Premier League, and some clubs higher up the league now being much lower down, or even out of the league altogether. The end of the programme featured the league tables and some statistics about what had happened in the weekend’s matches. 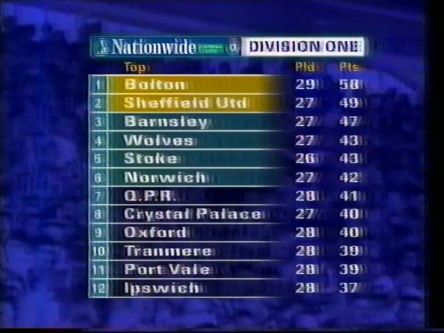 One of the reasons that Football League Extra came back into my mind recently was because after a few years on the BBC, Football League highlights for the first time this season are on Channel 5, and there has been much debate about their presentation of the coverage since the start of the season. ITV’s Football League Extra was about 45 minutes long (half the length of the current Channel 5 show) and was usually shown on Mondays around 1am (the current show is in a much more prominent Saturday at 9pm slot). There have also been complaints about Channel 5’s coverage coming across as gimmicky, ITV’s show was certainly not in front of a studio audience for example. It really goes to show you how much TV coverage of sport and sport itself has changed over the years.