In my final look at an ITV game show hosted by Bob Monkhouse for now, here’s my review of Celebrity Squares, the show which is essentially glamorised Noughts And Crosses that was based on a long-running American format called Hollywood Squares which Bob preferred to call Bob’s Big Box Game for some reason. 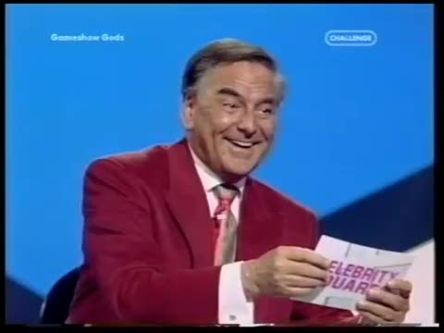 Bob originally hosted the show in the 70s but returned for a revival in the 90s, which is when I remember watching the show. Two contestants compete against one another to answer general knowledge questions correctly to try and create a horizontal, vertical or diagonal line on the board. Unfortunately not too many of the stars came from the A-list, with several comedians and soap actors taking part. Also, all the celebrities really were stacked on top of one another.

The idea was that the contestant would pick a celebrity and then Bob would ask them a question, to which they would give their answer. The contestant would then say if they agreed with their answer or not, and if they were right they won the square. They would also win money for every correct answer, with a bonus for completing a line. There was also a round where if they picked the secret square they would win a bonus prize if they got the answer right which was usually a holiday.

After the break the money was doubled and when time was up the highest-scoring contestant goes into the final. A question is given which has a list of 20 answers. If they can correctly guess nine of the 20 on the list in 30 seconds they win the star prize of a car (described by Bob as “The Monkhouse Motor Show”) which they had selected at random from the five on offer. 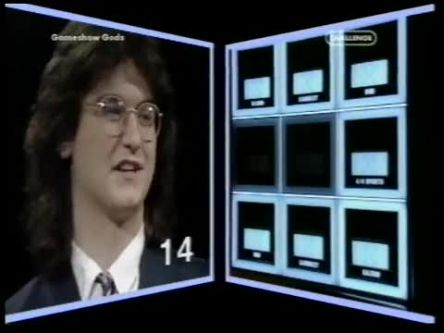 When the revival of Celebrity Squares began on ITV in 1993, Bob Monkhouse’s career was at a fairly low point. His presenting style was seen as rather smug by some viewers and it was a little disappointing that it seemed that Bob had to go back to hosting a show that had ended nearly 15 years earlier to continue his career. It was good seeing him interact with some of the celebrities though including Andrew O’Connor (yes I know I’m always going on about him), Jim Bowen and others.

About a year later though, Bob appeared on Have I Got News For You where he took the opportunity to remind viewers that he was a great quick-witted comedian and this helped to give his career a boost, and for the final decade of his life he appeared on lots of comedy shows as well as game shows where he always gave good value, and since his death in 2003 there have been several documentaries which have reassessed his long career and increased his reputation as a very talented comedian and presenter who always worked very hard to entertain people. 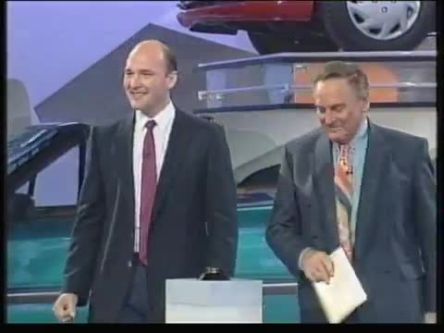 Celebrity Squares was produced by Central and I do remember watching regularly, and there have been several repeat runs of the 90s version on Challenge. In 2014 ITV revived the show again, this time hosted by Warwick Davis and Tim Vine was a regular panellist in one of the squares which was great. This will be the last Bob Monkhouse-hosted game show that I’ll be reviewing for now, but I still haven’t looked back at my favourite one that he hosted yet, you can probably guess which one I mean!