Hello. First of all, I have decided to stop numbering my pieces because I still have lots of shows to review and titles like “Game Show Memories – Part 52” will be rather ridiculous and confusing, so from now on I’ll put the show titles in the description to make it easier to find what you want.

Now Chain Letters had a rather unusual run. Although it ran for almost a decade, it went through several hosts and timeslots, but the basic format of the show always stayed the same though, with three contestants taking part to show off their wordpower. Indeed, the idea was so simple that it was even explained in the catchy opening theme of the show. 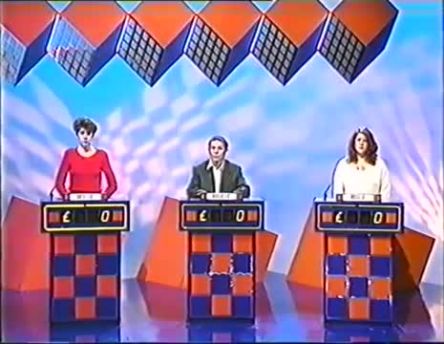 In the first round, contestants were given a four-letter word selected by the computer Wordsworth and then had to change a letter to create another word. They had to make a chain as long as they could against the clock and won £5 for every successful link. Then there was the booby trap round where a contestant had to change a letter, but if they made a word that one of the other two contestants had thought they would make they take the money on offer off them. 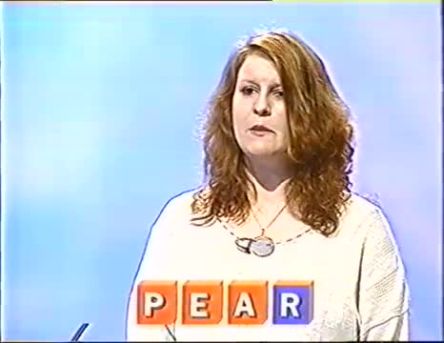 There was also the final quickfire round, where a clue was given and the contestants had to change the right letter to create the answer. This round had a bizarre scoring system, there were some numbers changing, and the amount they scored was wherever the cycle was when they buzzed in. So they could win £10, £20, or £40, and there was even “tie the leader” so contestants could make lots of money in this round and the lead constantly changed. At the end the highest scoring player went into the Superchain. 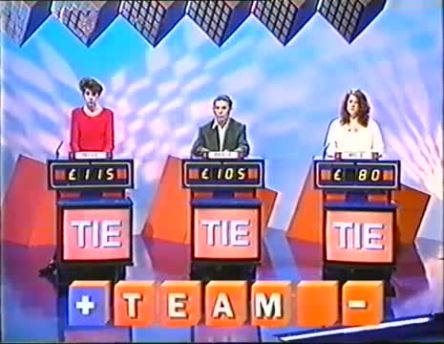 In this round, the computer selected a letter and you had to make another word. If you made ten links in one minute, you won the star prize of £1,000. If not, it was a consolation £50 for every link that was successfully made, plus the money that they had already won. This was a show that I watched regularly but the history of its scheduling is rather bizarre.

Chain Letters was a Tyne Tees production, they didn’t produce many other game shows over the years, only Cross Wits comes to mind. The show began in 1987 in the 9:25am slot after Schools programmes had finally been pushed to Channel 4. The first host was Jeremy Beadle who did very well but he only lasted for one series. 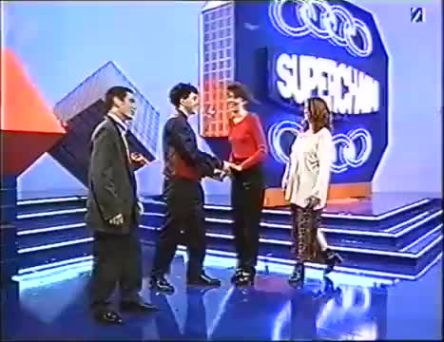 In 1988 he was replaced by the ever-dependable Andrew O’Connor and the show moved to primetime. However, it was usually shown against EastEnders so it didn’t do very well in the ratings. In 1989 Allen Stewart became the next host. Also around this time, a board game of Chain Letters was released which I used to have. Bah, why didn’t I keep it? 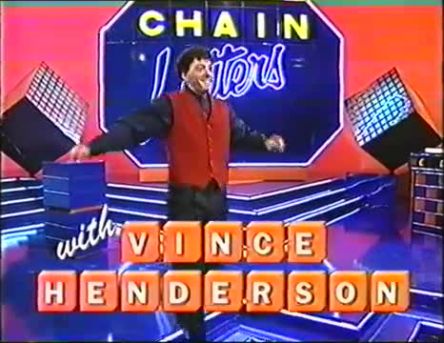 In 1990 Stewart returned but the show returned to the 9:25 slot and then that seemed to be it. Curiously, almost five years later, Chain Letters was revived and now hosted by Ted Robbins. It returned again in 1996 with Vince Henderson now hosting, before in 1997 the final series was hosted by Dave Spikey. His episodes have been frequently repeated on Challenge.