Scratchy and Co. was a CITV Saturday Morning show with a difference. It was hosted by a character called Scratchy who seemed to be computer-generated at first, but he wasn’t. I remember when I first saw the show I was trying to not be freaked out by the way he looked. He was played by Mark Speight wearing a lot of prosthetics in a wacky style as a sort-of crazy cartoon character come to life.

Every week Scratchy would introduce various features such as cartoons including the terrific Animaniacs, competitions, and old episodes of Spatz. Alongside him were his “co.”, an odd bunch of characters including Scratchy’s mate Reg who had a rather low-pitched voice for someone his age, Fathead the talking football, Sedgely the penguin, and others, some of which were played by the comedian Ronni Ancona. 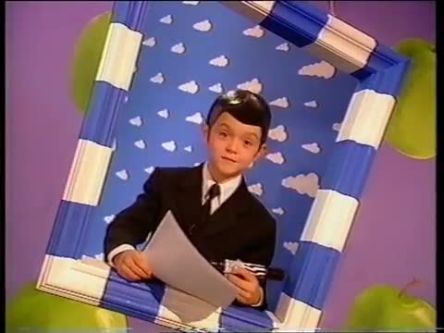 Another regular feature was Massive, which looked at all the latest pop music and showbiz news, and was co-hosted by a young Denise Van Outen. Along with this, Scratchy would often end the show by doing an odd dance which was enhanced with lots of weird special effects. Live & Kicking this wasn’t. There were some changes made for the second series though. 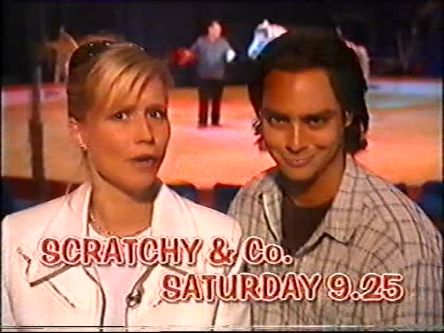 From the second series onwards, the show was a little more straightforward, it now came from a studio with Mark Speight still hosting the show as Scratchy but no longer wearing his odd make-up and now sat behind a big desk with celebrity guests often turning up, and this was how it stayed for the rest of the run. I must admit I preferred the odder format of the first series but it still did well with viewers.

Scratchy and Co. eventually ran for four series, and I suppose that I did enjoy watching it, it was an entertaining enough variation on the way that Saturday Morning shows were presented, and it was nominated for some awards, although there seem to be surprisingly few clips online, but… I can’t avoid the elephant in the room on this one, and looking back at this show now is still a little uncomfortable. 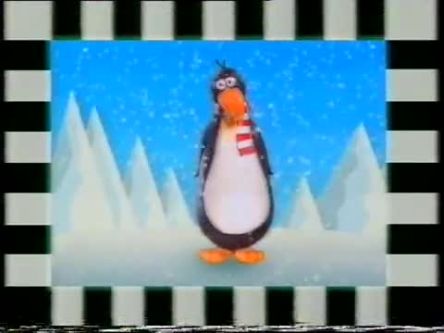 A while ago I decided to buy some old copies of Radio Times online to bring back some memories of classic shows. In an issue from February 1998 there is a small feature about Scratchy and Co. which has the headline “no clouds on this clown’s horizon”, where Mark Speight spoke about how much he loved hosting the show, but a decade later the situation would be very different indeed.

It was a while ago now but it is still a shock to think that Mark is no longer around, and the circumstances which led to his early demise. He was a great presenter on both CBBC and CITV and he is still much missed. I hope that viewers will remember him for the great talent that he was, brightening up Saturday Mornings in the mid-90s for many people including myself.