Dr Zitbag’s Transylvania Pet Shop was a rather daft horror-style cartoon that was shown regularly on CITV in the mid-90s. The idea was that our hero mad scientist-type character monster thing Dr Sydney Zitbag is sacked from his job one day for being useless so he decides to buy an old haunted castle in Transylvania and start his own business of a rather creepy pet shop. 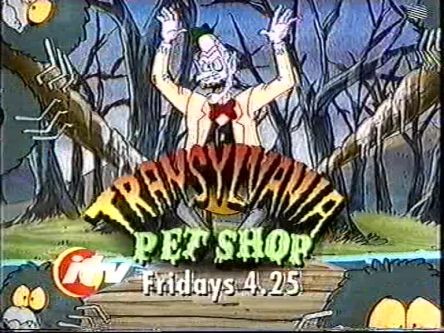 Of course, it is all rather chaotic with a wide variety of strange animals for sale that Dr Zitbag has created. There were also lot of weird characters in the show. These included Dr Zitbag’s dozy sidekick Horrifido who was the ghost of a dog and Zombunny the zombie rabbit. 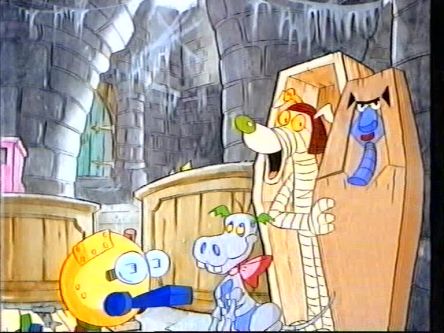 Other characters included the local policeman Officer Deadbeat who was always trying to capture Dr Zitbag and his head somehow seemed to float in the air. There were also Dr Zitbag’s neighbours the Frankenstein Monster-esque twins Sinista and Bimbella who were better known as the exorsisters, ho-ho. 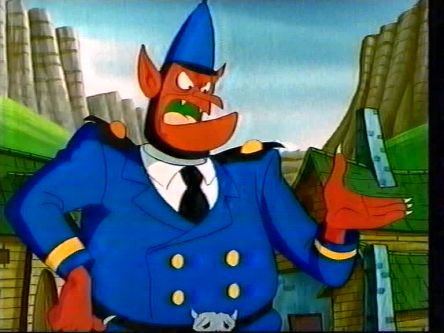 The opening and closing theme song was also very catchy and enjoyable. Dr Zitbag also had a horrid bright green spot on the end of his nose which always looked like it was about to burst and his catchphrase was “oh, globules!”. (Indeed, the show originated in France with the name Dr Globule.)

One of the good things about this show was that there was a double page spin-off strip in the comic Buster from 1994 to 1996. It added some more to the show and it was a great addition to Buster which was a comic that I was very fond of at the time and I’ll write more about its history in a future piece.

I remember watching this show a lot on CITV because once again it was rather odd and funny. I even went as far as to record an episode in 1995 which I watched again recently and lots of memories came back. It hasn’t come out on DVD and it hasn’t been repeated for many years on CITV. Maybe they should set up a CITV Gold channel and finally repeat all these old shows, I’d definitely watch that. What a brilliant idea.