Here’s a show that’s now all but forgotten, but it shouldn’t be because I remember it fondly, so if you don’t remember it it’s time for me to bring it to your attention.

The Winjin’ Pom was a strange six-part puppet series that was shown on ITV on Saturday evenings just before Beverly Hills 90210 which was made by the same production team as Spitting Image. It centred around a magic campervan that came to life and could talk and fly. Here’s the plot and the characters.

Five backpacker Australians from Gullagaloona are travelling around the world when one day in England they find an old campervan which helps them in their travels. They were a memorable and odd quintet:

Adelaide the wallaby saw as herself as the leader of the group. She was something of a tomboy and would repair Pom when he broke down. She also liked to wear a horrible orange coat all the time. Sydney the ostrich was more glamorous and would always wear a feather boa but was also rather snobbish and frequently scared. Frazer the fruitbat was a big fan of cricket and was rather daft but friendly. Darwin the wombat was very dozy and is always being called a wimp. 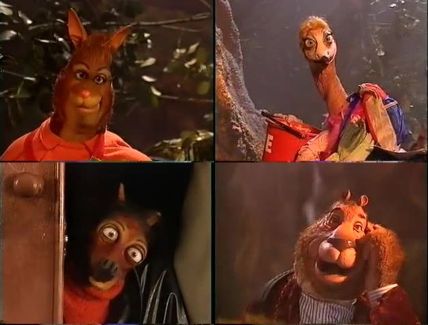 The real star of them though was glasses-wearing Bruce the spider. He would always make jokes whatever the situation and best of all he had a strange “ayayayay” laugh which me and my sister always thought was really funny and tried to imitate, there’s an unsung TV hero if ever there was one. 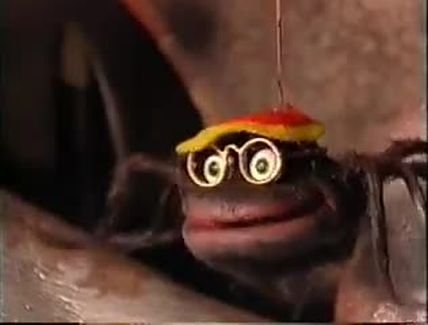 The Winjin’ Pom himself was rather stereotypically grumpy, but he always helped to save the day with his magic abilities. His number plate was “POM1E” and it seems that he was voiced by Michael “Arthur” Robbins. 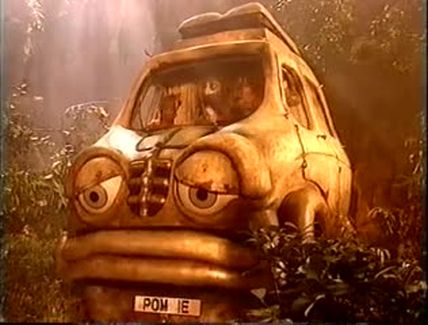 There were four other main characters in the show who were the baddies. JG Chicago was an elderly organ playing vulture who was always trying to steal Pom because he knew how valuable he was. He was assisted by Howard the hyena who was rather camp and completely useless. Finally there was Ronnie and Reggie, two crow brothers who lived at the top of Nelson’s Column and tried to help them in their plans to steal Pom, I wonder who they could have been based on. They were voiced by the comedy duo Mark Arden and Stephen Frost of “Carling Black Label” fame. 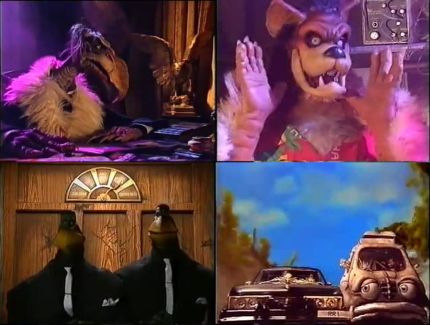 As the weeks went by JG would try to hatch plans to get Pom but they never worked because of Adelaide and co.’s quick thinking and Ronnie and Reggie’s mishaps.

As far as I know The Winjin’ Pom was only shown once and made little impact at the time. However there was some merchandise with a book and comic released but that was it. The show has never been released on DVD, if it was I would buy it in a flash. If you’ve never seen it, you should watch a few episodes on YouTube, you’re in for a treat, there’s really nothing like it on TV today. I really enjoyed this show in 1991 and honestly believe that it’s a great lost TV gem.