Here’s the first of some memories of some really obscure things that I remember on the TV. Not in the same category as old CBBC/CITV shows or game shows, just various general entertainment programmes that don’t fit in anywhere else. Here’s one…

For a while in 1995 after Channel 4 News, there would be a short programme/advert where people could enter a draw to win prizes and raise money for the NHS. It’s a little like the equivalent of today’s Health Lottery on Channel 5. But why on earth was I interested in this programme?

It wasn’t because I had entered the draw or anything like that, it was because of the presenter of the show. It was none other than Peter Marshall, who I remember used to be a continuity announcer on Thames. I thought he was very good so it was great seeing him again host this show. All these years later I have been able to watch several clips of him on YouTube so I now know that also did some announcing at weekends on HTV West and hosted a few programmes including Sky One’s revival of Sale Of The Century.

If you’ve entered the draw you’ve got a great chance to win. So let’s start the machine and see those numbers rumble and tumble! Five numbers are selected, good luck. 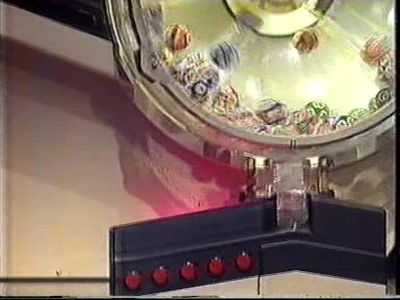 Now if you had three numbers, you won £10, four numbers won you £500 and five numbers won you £10,000. But if you did get all five numbers you would be invited to the studio to gamble on one of five envelopes which all contained a large cash prize, with one containing £1,000,000. I must admit I don’t remember if someone did ever win the biggest prize but that’s what they promised they had on offer.

They way you entered was by calling a number for your player pack, which would be sent to you. You then selected your numbers, how many weeks you wanted to play for, and how you wanted to pay. You could even look at the latest updates on Teletext Page 373! 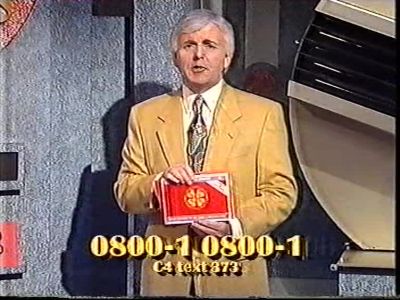