Here’s a review of an odd CITV show that I used to enjoy watching (you might be realising that I like a lot of shows that are now obscure and rather strange).

Crazy Cottage was a game show where the gimmick was that everything was done backwards. For example, the host introduced the show by saying “goodbye!” and the first game that they played was round 5. 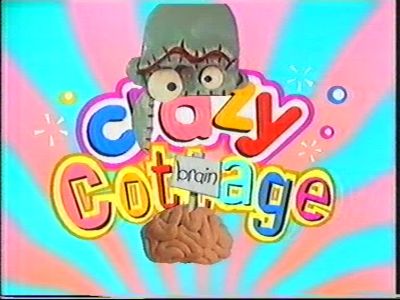 The host was Rick Adams, who had hosted a CBBC show that I had enjoyed the previous year called Reactive (which I will be reviewing soon) and it was good seeing him again. His co-host was an odd puppet cuckoo thing called Vera who was voiced by Steve Nallon who probably needed some more work as Spitting Image had just ended. 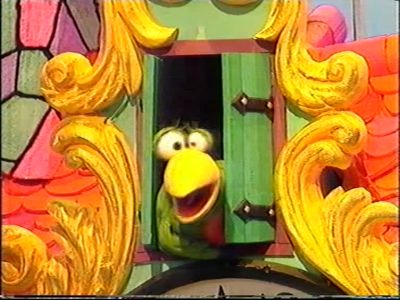 The game featured two teams of three, the green team and the orange team, and they had to play lots of silly games. Even the names on their badges were spelt backwards. Rick would also provide funny commentary on some of these games as the contestants failed to play them properly whilst wearing a horrible shirt. One of the most memorable games was where the teams had to create a sandwich but the room had a slant and all the doors containing the food seemed to randomly open and close which meant that it became amusingly messy.

There was also a more straightforward questions round where for example some songs were played backwards or some pictures were shown in negative or upside-down and the teams had to guess what they were by pushing their buttons.

The scores were determined by a computer called Cyril and I’m still not entirely sure how the scoring system worked. I think it might have been better to score fewer points than your opponents to help you win the game, but either way there were lots of good prizes on offer including anti-clockwise clocks for everyone. 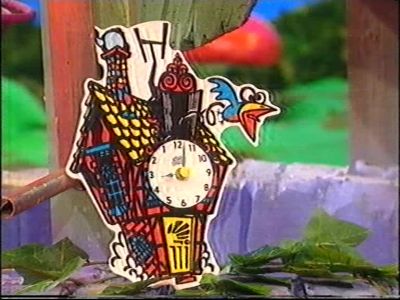 This was an enjoyably odd show, and someone must have enjoyed Rick’s presentation style because he left after the first series as he was picked to become one of the new hosts of The Big Breakfast for one of its many relaunches in 1996. I think I was about the only person to be pleased by this news, but unfortunately he didn’t last long as he never really shook off that “the guy who isn’t Chris Evans but really wants to be him”-tag. But I really did think he was a good presenter, honest.

Crazy Cottage did continue though for another couple of series with a new host but even though it was more of the same silliness I didn’t watch it as much then, but even though I only really liked the first series it has still remained with me as one of my favourite CITV shows from that era.